Coal mining involves the displacement of large volumes of soil and rock and severely alters the environment as a result. This results in a number of environmental problems, including soil erosion, destabilization of land, water pollution, and destruction of local ecosystems. Coal-powered electricity generation is also associated with air pollution and climate change.

1) Energy in Indiana 2) Our energy sources 3) Who supplies energy to Evansville? 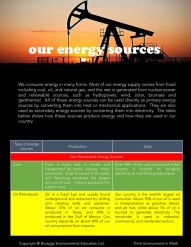 The purpose of this activity is to enhance students’ skills in number and operations that include number arrangement, expanded notation, place value, and rounding (from PROBLEM A to F). PROBLEM G provides questions to strengthen students’ skills in interpreting a bar graph. This activity uses the amount of coal production in the 8 largest coal producing states in this countryin2018. Data was obtained from the U.S. Energy information Administration (U.S. EIA).

Using the table that shows the amount of coal production in the 8 largest coal producing states in 2018, students are asked to complete questions related to number and operations, including comparing and ordering eight 3- digit numbers. 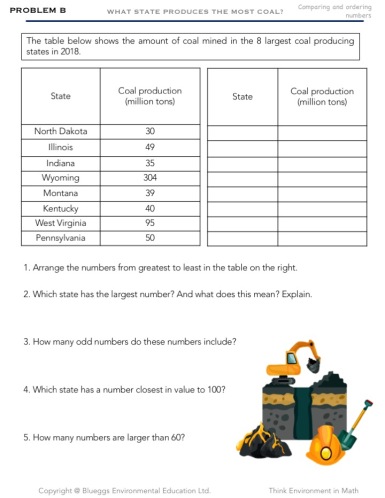 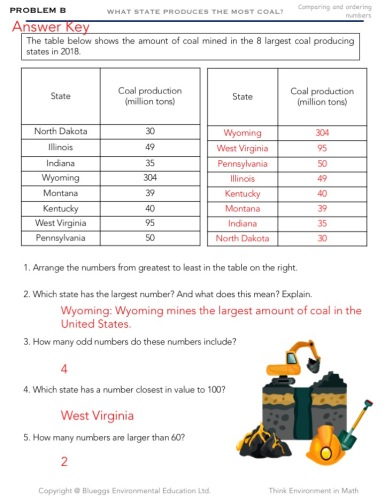