Purpose: Understand the role of greenhouse gas on Earth and Venus and develop awareness of climate change

Our Earth has been kept warm through a process called the greenhouse effect. The Earth’s surface heats up after the Earth gets energy from the sun in the form of sunlight. The Earth’s surface cools down by releasing the heat (infra-red rays) back into outer space. But some of the heat is absorbed by layers of gases called greenhouse gases in the atmosphere, which keeps the Earth warm at 59°F on average. 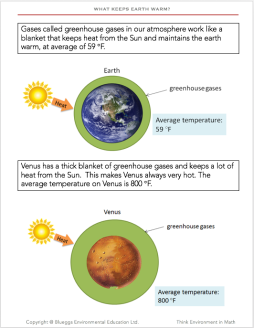 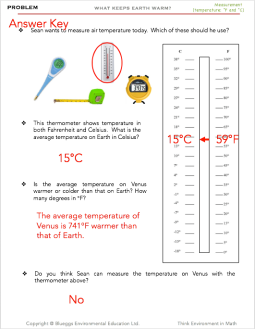