The majority of drinking water for the residents of Southwest Indiana comes from the Ohio River. According to the U.S. Geological Survey, the Ohio River is about 1,310 miles long and the largest river, by volume, that flows into the Mississippi River—the chief river of the largest drainage system in North America. It flows through or borders 6 states—Pennsylvania, West Virginia, Ohio, Indiana, Kentucky, and Illinois. 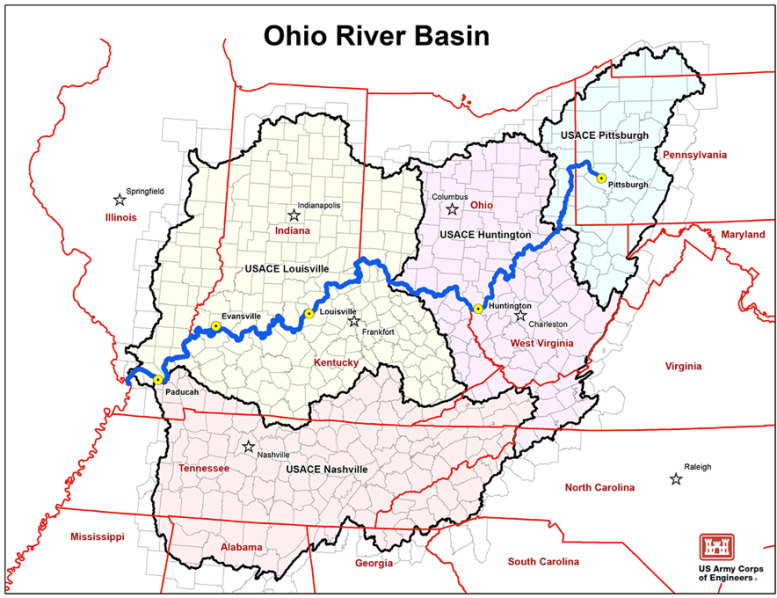 Prior to European conquest, the Ohio River was important in the history of Native Americans whocreated successful cultures along the valley. Angel Mounds, located in Vanderburgh and Warrick counties, is one of the numerous civilized towns that were formed by the prehistoric Native Americans who used the River for travel and trade.

The purpose of this activity is to enhance students’ skills in number and operations, including number comparison, place value, addition and subtraction, and rounding, and creation of bar graphs, while promoting their understanding of our main source of water—the Ohio River. This activity is created based on the length of some of the largest rivers in the United States, such as the Missouri River and Mississippi River. The data was obtained from the U.S. Geological Survey.

Using the table that shows the length of five rivers, students are asked to compare 3-and 4- digit numbers. They also use the symbols <, >, =  to compare the numbers.