Purpose: Learn distribution of river water in the world and raise awareness of water conservation

Most of the freshwater is stored in glaciers/icecaps or underground in the world. The remainder—surface water (lakes, swamps, rivers, and snow on the top of the mountains)—consists of only 1.3% of the total freshwater.

Our fresh water resources arenot equally distributed on Earth. For example, as much as 50% of the world’s lake water is located in Canada alone. The world’s largest fresh water basin is in the Amazon. Together with the Orinoco basin in South America, the Amazon basin consists of 15% of world’s runoff.  On the other hand, only 0.3% of the river water is found in Middle East and North Africa combined. 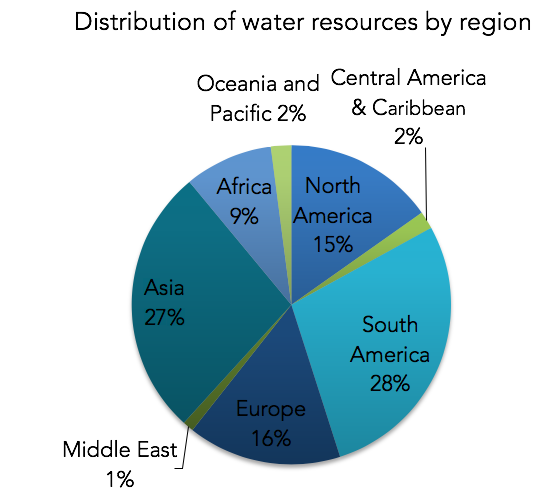 Source:Food and Agriculture Organization of the United Nations (FAO) 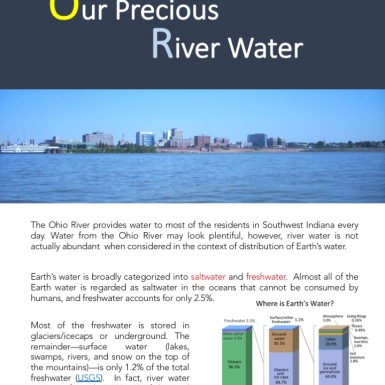 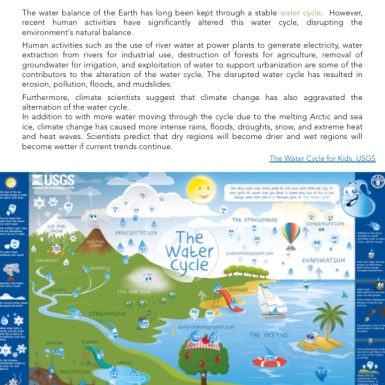 The purpose of this activity is to improve students’ skills in data analysis and number operations through interpreting the circle graph while giving them an idea how the river water is (unequally) distributed on earth.

Using the circle graph that shows the distribution of water resources on earth in percentages, students are asked to solve problems related to the graph, including a problem that asks for the region with the largest/least share. 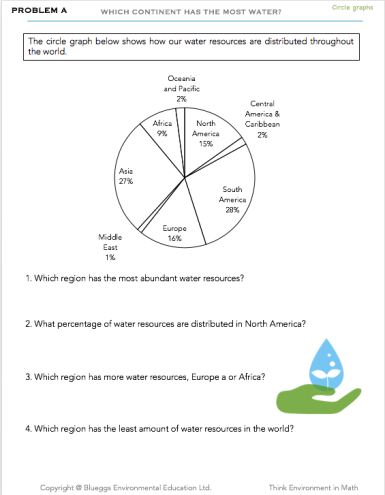 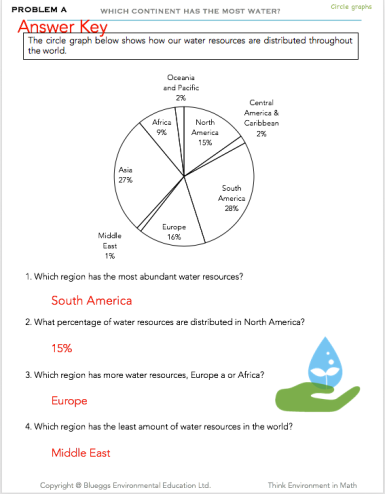